Prague is a place where celebrities from around the world love to gather. So its no surprise that an invitation to our District Conference connected with a WEEK OF ROTARY was accepted by many key individuals not only those who are connected with Rotary, but also those connected with our working conference „ETHICS AND RESPONSIBILITIES IN BUSINESS AND SOCIETY“. Let us introduce them: 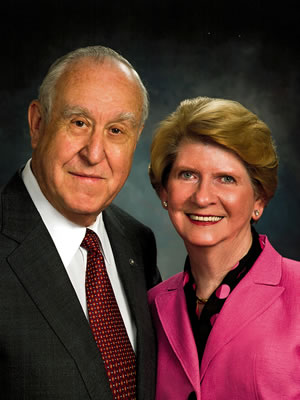 Rotary International President Barry Rassin is sending as his representative to our District Conference, John Germ, his predecessor for 2016-2017. Štěpán de Wolf was our District Governor at that time. John became a Rotarian in 1976, a member of RC Chattanooga (Tennessee, USA). Since 2016-2017, he has held several other Rotary International leadership positions, and at the moment is a Member of the Board of Trustees of The Rotary Foundation. He was awarded with the Rotary Service Above Self Award and The Rotary Foundation presented him with a Citation for Meritorious Service and a Distinguished Service Award. John and his wife are both members of the Arch Klumph Society. John began his professional career in the US Airforce as an engineer, and in 1965 he became the Managing Director of Campbell & Associates Inc. Since that time he has been extremely active, especially as a philanthropist and volunteer, receiving many awards of recognition for his work for charities. In 2013, he was awarded the „Champion of Change“ by the White House.
He is not here with this wife for the first time. He also came to our District Conference in 2006 as the RI President’s Representative, to Česky Krumlov when Ota Veselý was the District Governor. When he met our present Governor Zdenek Michálek in the autumn this year at the Rotary Institute in Nuremberg, he was pleasantly surprised by the breadth of our planned conference: „My positions in Rotary International has meant I visit many and various events, including the Rotary International worldwide Convention, however at these many Rotary meetings, I have not met up with such a broad and interesting programme. I look forward to taking away with me from Prague many new and unforgettable experiences.“ 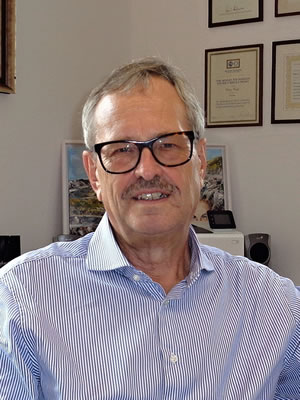 Thomas Watzenböck is a lawyer by profession. In 1983, he became a member of RC Kirchdorf/Krems. From 2000, he has held a number of positions at Rotary International level. For example in years 2007-2010, under his leadership, he helped Zone 19 achieve, a total of 1.9million USD in donations to The Rotary Foundation, our Foundation. He was awarded our District’s highest award: Tomas J. Bata. In 2013, he received from RI President Sakuji Tanaky the highest Rotary SERVICE ABOVE SELF AWARD. He is invited to this District Conference as a ‚special guest‘ because in the 1990’s, together with other Rotarians from the Upper Austrian District 1920, he actively helped to regenerate and establish new clubs in our two countries. For example in 1993, he helped to re-establish our RC Poděbrady. As the Governor of Rotary District 1920, in 1999, he helped the then RI President Carlo Ravissa and Dobroslav Zeman from RC Plzeň when we again established a Czecho-slovak District, this time D2240. On receiving his invitation he added: „I am so happy to see how strongly D2240 has developed since its inauguration in 1999. It is very satisfying for all of us, who in the 90’s worked on the resurrection of clubs and creating new ones. I know that much energy, time and even finances, were channelled into these achievements and it was your own strengths which have made these achievements even more worthwhile.“